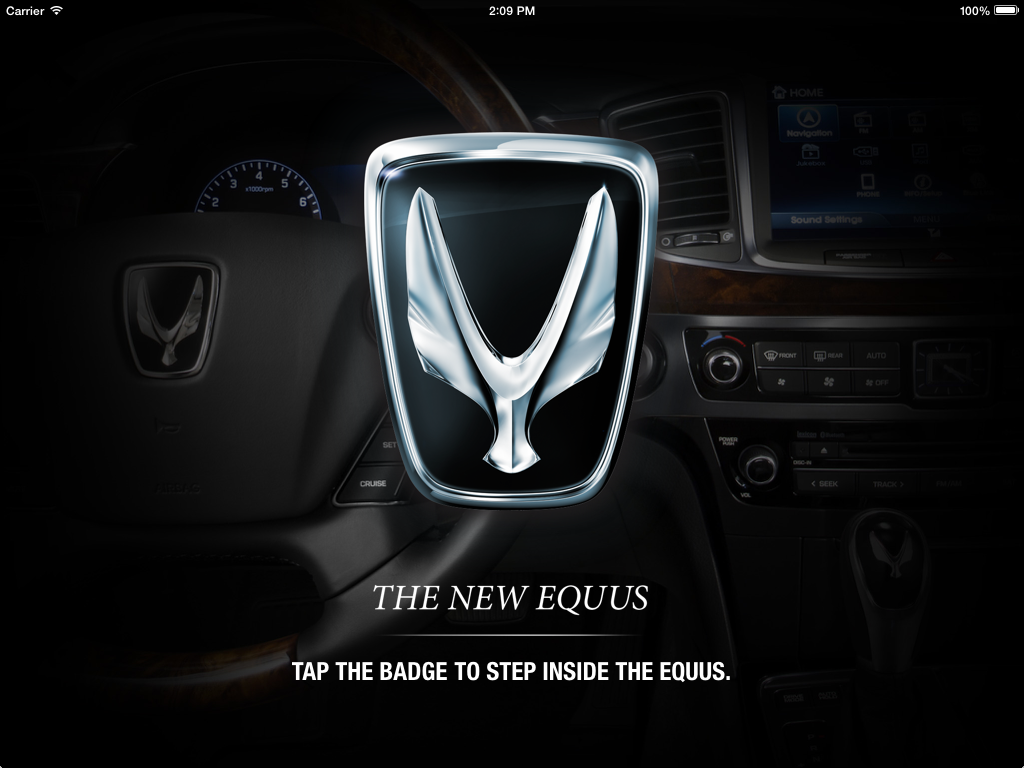 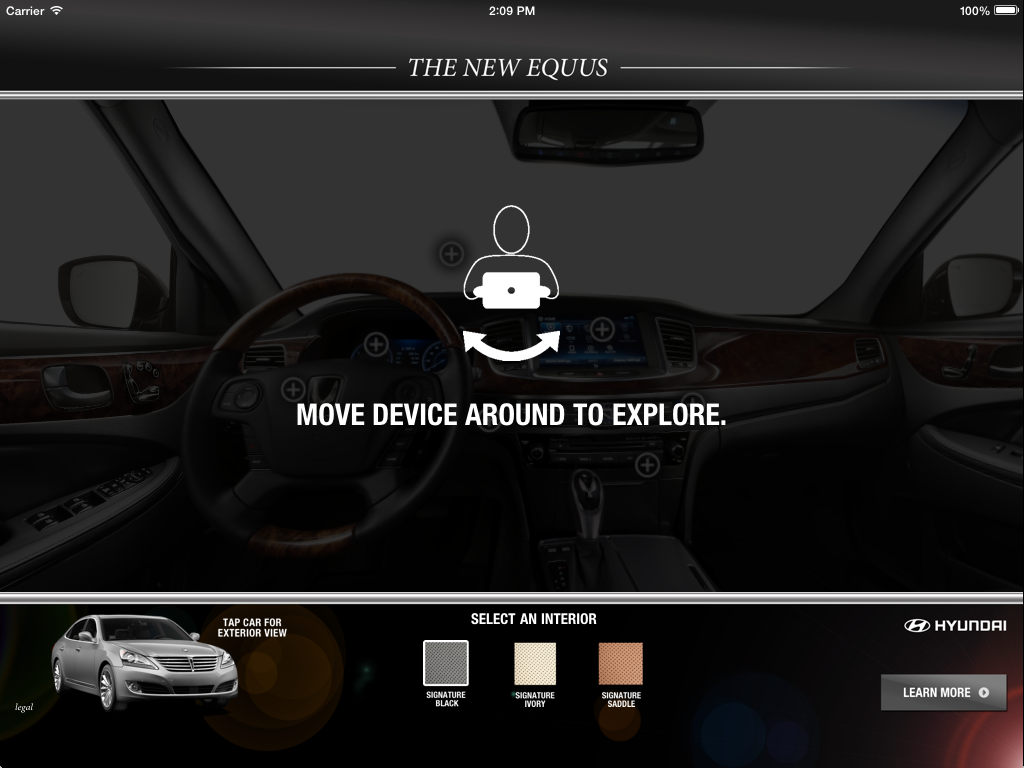 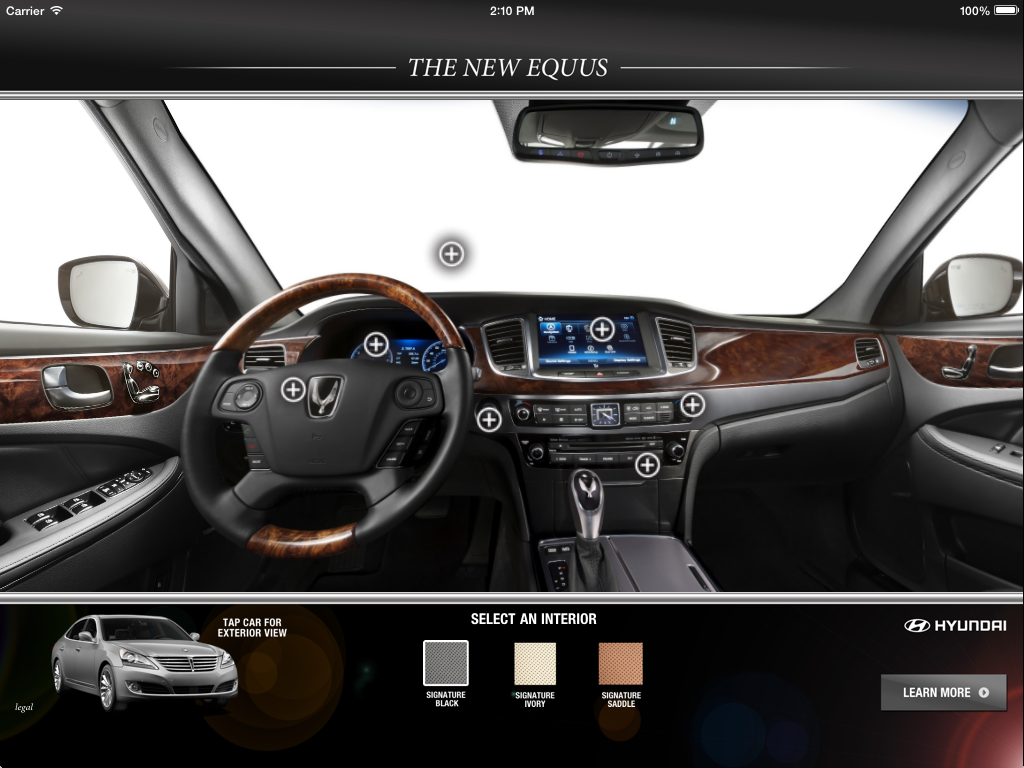 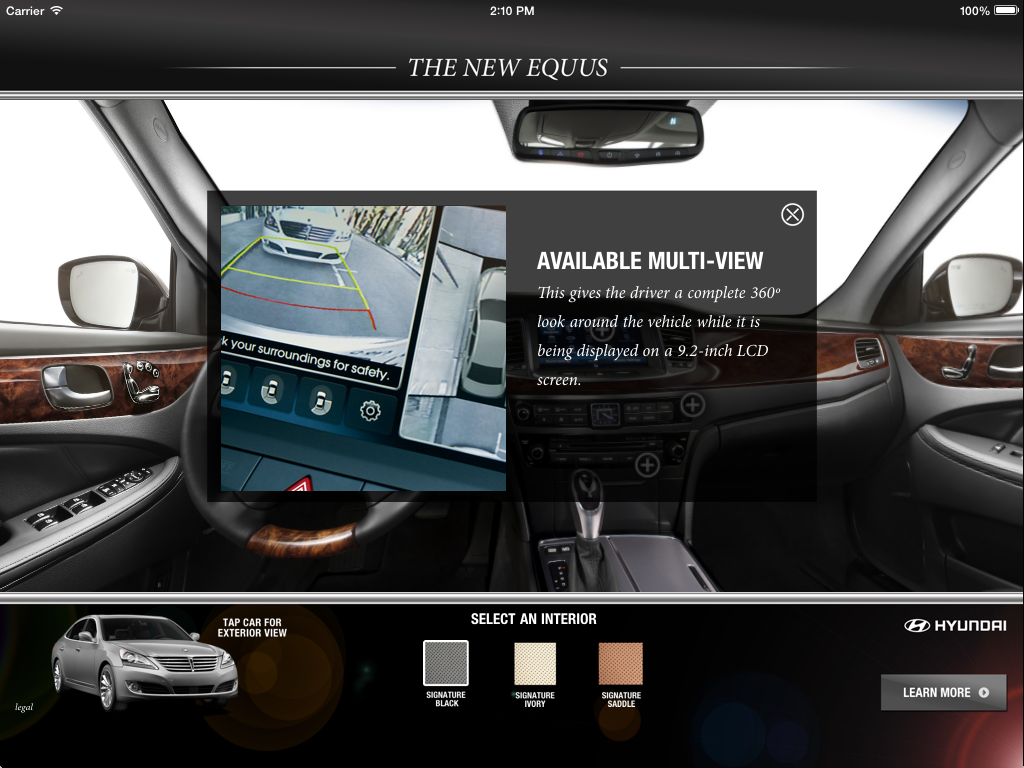 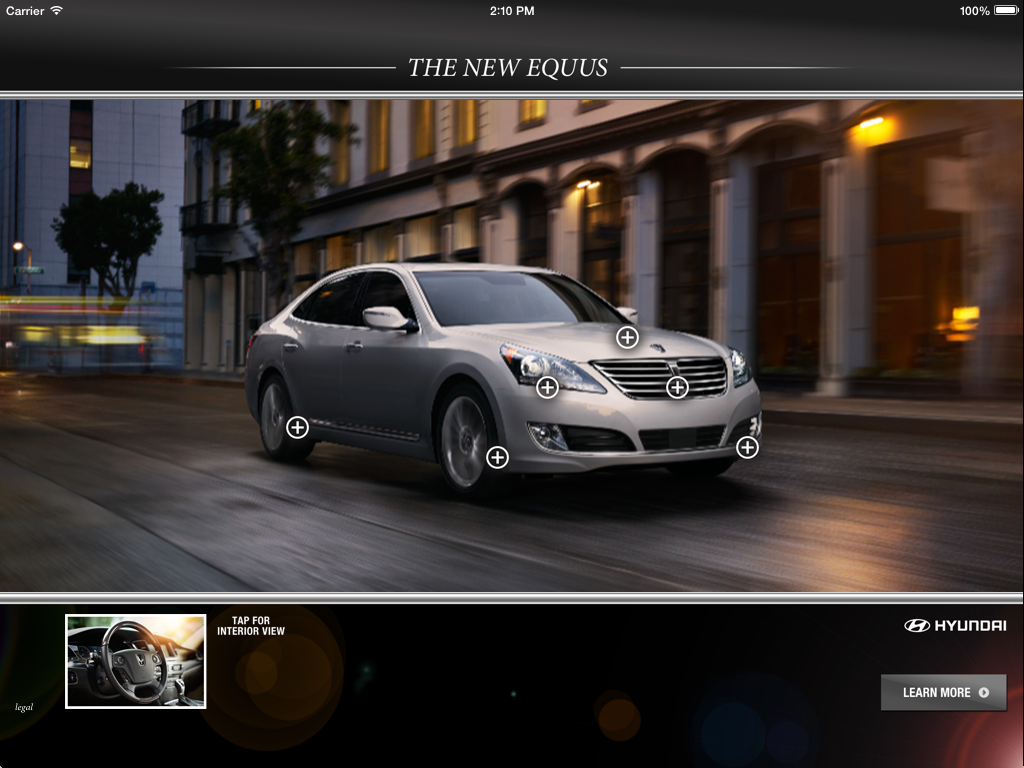 Interactive iPad ad. Using the internal gyroscopes in the iPad, users are able to use their iPad as a window into the interior of the new Hyundai. As users move their iPad around them, the visuals in the ad mimic their movements (for users using an iPad 1 without gyro, touch functionality was included as well). Hotspots allow users to get more information, change the interior, and see the exterior of the car.